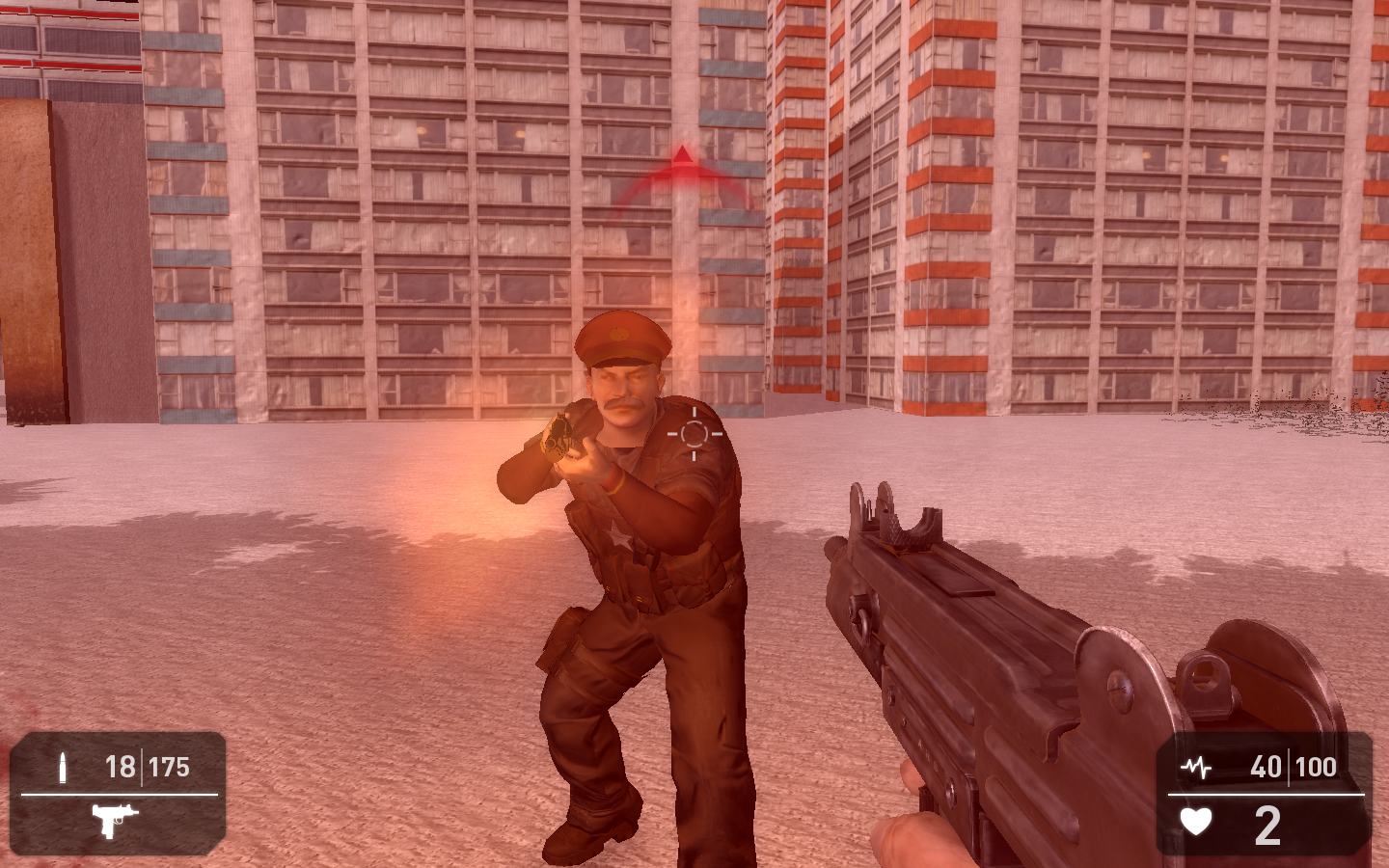 Kill Stalins! is a short 1 level FPS I am building with the GameGuru game building tool, a tool which is designed for rapid game development and is available on steam. The idea of Kill Stalins! came from my friend Becca Smith who wanted me to design an idea of ‘communist space’ in a video game for an upcoming art show we have, I chose somewhat of a tongue in cheek avenue to explore and decided to make it a game of the ‘lone man’ lost in a world of Stalinist clones each wanting to kill you, a comical look at a serious bastard then in some respects haha, but anyway I will write a bit about Kill Stalins now from a game design perspective.

Kill Stalins! is a basic twist on the generic FPS, the aim of Kill Stalins! is to avoid or to kill all the stalins in game before they kill you using a mixture of dexterity and weaponry. I chose Stalin as the main enemy of the game because he is the renowned bogeyman of Communism (for good reason), and I wanted to emphasise how Stalinism and totalitarianism in general is an oppressive and limiting ideology, hence stalin’s being the clones of the oppressive version of communist society.  I want to develop the gameplay and mechanics further now, incorporating NPC characters and dialogue options, so as to give the player a more realistic human experience, I have added a Lenin character but will also add normal people too as well as figures from history,. More of a story element might also be developed, maybe I will give the player a specific objective of getting to a Stalinist stronghold, to rip the artifice of power down. This is one that requires some thought…

I decided to develop quite a stark Eastern Bloc look to the level, choosing snow textures and a bunch of block tower architectures to decorate the imagined Stalinist town – a grey town of limited possibility. I have used pre-defined assets for this project but GameGuru standard city models served the purpose of the eastern bloc look well enough. I also added a large statue in the centre of the the town, similar to that which was found in Stalingrad. See photos below for comparisons.

In terms of the level design, I wanted to make something that would look realistic in the context of the time and general oppressive setting of a Stalinist world, the level design is based around the concept of a ‘communist square’  as I envision it so statues of conquering proletarians and bizarre modernist constructionist public sculptures are included as well as oppressive brualtist buildings. In terms of how I wanted the level design to affect gameplay, I tried to create obstacles and dodge area for the player to navigate around in that open space, so as to balance gameplay. I still have more to do in that regard, and that is the next stage of development. As well as general development of the idea.

Watch this space for more updates on Kill Stalins!

Once it is done I will release it for free on here.