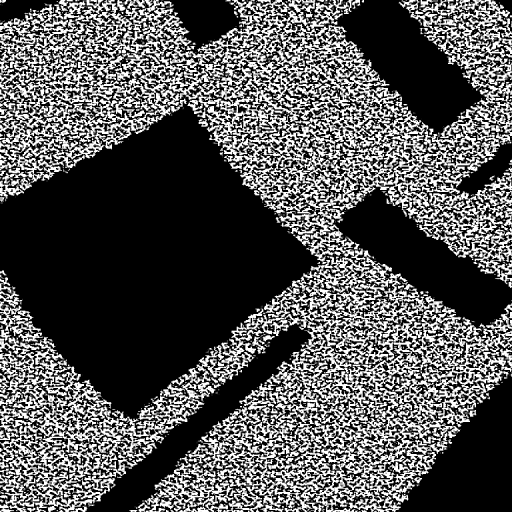 What is it to know? What is to to feel? To feel the gnaw of mortality instinctively in the gut, from the pineal gland gliding all the waydown. The struggle for meaning in it all, a finality, some meaning to burden with truth, and some truth to burden with meaning.

Truth. Lie. Duality. Contradictions. The mind as experienced by the soul must live by its excess, and by its very nature struggle, the storm creates the perception of sea, the lonely wanderer in an ocean of chaos, is bound to it’s treacherous rages, it’s moody melodramatic odyssey. Metaphor for mood. Alone. Aspiring to being an ‘Organic thinker’ as Cioran puts it. This short document shall try to uncover in such a state what possible meaning can be found, and what escape hatch we may yet escape down, to hold at bay the drop into despair the very real sense that purpose, is but a long lost pipedream. Reclaiming. We begin by exploring the question of meaning, and then proceed to a multi-angled exploration of the downfalls and triumphs of Nietzsche’s Overman Ideal in history, and in the arena of ideas.

The scope of the Burdens in a field of confusions – The Questions:

Must everything contain meaning? It is the question that drives me insane on late nights, has me thrashing in consciousness again an imagined brick wall, banging head again again against a blunted and stubborn question. What is this burden of meaning? What gives it such a feeling of density? Must we as poets and philosophers lie to tell the truth, is truth that most exquisite device from which many lies are generated in some excruciating circular fashion? To sail alone with such questions is to be half mad, adrift in the ocean of disconnected relations to a world that escapes meaning. But is this a reason to despair or to hope? Does not a void of absolute imply an infinite potential? Acceptance is the burden perhaps. The burden of uncertain meaning. Love, hate, data, fact, the whole boatload of associations and relations, abstract language.

And what of language itself, the obscene syntax generator of multi-dimensional potential. Meaningless garbage, syntax – Is this then a problem for linguistics to argue over? Or a mathematical equation that can be found? some underlying universal standard;

Of course not. How then can meaning be philosophical? Analysing Intention is the realm of linguistics, syntax maths, what place then does philosophy have in the world of meaning?

A brief analysis on philosophical precedence through the Bestial forces of Nature:

A subset of meaning and associations follows forth from each object the human mind forges – the abstract result of the slow heat death of the universe, and being as entropy is certain and set as a law of nature as far as our observations can tell, but with inclination to chaos there comes the subjective forms that we as the conscious and unconscious co-creators and interpreters of Nature imprint onto our ‘objects’, our ’emotional states’, our distractions from animistic impulse, our escape into that most forgotten, deep and feckoned of realms – the imagination, residing deep in the collective unconscious from which springs forth all the visionary arts, the arcane poets, the self imposed wanderers in the dark, the beauty, the despair, the multiple spinning distractions of the ‘music of the spheres’ Platonic ideals? A mere humanistic imprint.

Conceptually sound, but chaos begat chaos begat chaos, divulge meaning and the universe will play ten more tricks on you. My intuition is that if consciousness could be said to represent anything akin to a mathematical form, it would be that of the fractal, a self generative feedback loop of information, constructed ‘reality tunnels’, imprinted meanings. Associations. The whole garbage pile of psychobabble can’t really describe it, and written language is as an inefficient beast. Art can visualise the meaning of specific moments in space and time, but always as a frozen infinity, not as all moments, all meanings. To know such a thing is to touch the membrane of the mind of God. And what is God you ask? The burden of meaning. Our desire to impose order, morale (man made) and structure.

Negation of God as ‘Absolute Meaning’

The real question then, if we can negate God, in the abstract sense of all meaning, which are after all unknowable by virtue of being the ‘top of the chain’ of associations, and that objectivity in everything is an impossible quest, what must we replace this void with, as spoken of in hushed tones in the halls of Atheistic thinkers and philosophers.

What void replaces the void of the all knowing God, some obscene Man Puppet? Some Man God, wannabe Superman? Some rent a day Zarathustra? Some man as God Idol, New Hitler, and Dictators? The 20th century was an exercise in such folly, millions burned for it.

let us not forget our responsibility to each other, to the very base of compassion, an attempt at least at suppressing the dormant Beast (you’ll all know its face all too well).

This crisis is real and reaches into every spheres of man’s contemporary existence. A natural question, and one that requires if not a complete answer, at least some attempt at such. I will return shortly to this truly horrendous and difficult question, like some mountainous question mark in the distance, but for now, I must visit some ghosts.

Conversing with Ghosts On the limits of the overman

The answer Nietzsche provided was that post-human Ubermensch, some being who transcended the limitations of the dulling culture of complacency of ‘The Last Man’, accepted their suffering and transformed them into strengths, denied the cult of the ‘Christian Slave Morality’, and laughed in the face of death, instead creating art in its place.

This seems to me at least to be a rough description of the Zarathustra ideal as described in Thus Spoke Zarathustra. Few men and Women can work at such a level, by it’s nature the Overman is above man, and Nietzsche was a certain kind of ‘Cultural elitist, rallying as he did against ‘last man socialism and the weaknesses inherent in the Marxist interpretation of history, of which I would agree there are many.. But still the question remains, the will to power being the creative will, is a driving force, but the cult of the individual has driven us also into a willful despair. Unconscious but howling everywhere, from every street corner.

The children of Ayn Rand (herself unquestionably influenced by Nietzsche) have a powerful place and influence  in the world, and if Nietzsche’s idea have rooted and changed the world, beyond amongst the artists and the poets it is in her philosophy of Objectivism. But this is not about her, and her cult of followers. This is about the Overman.

What is clear to me is that Nietzsche was one of the most painstakingly accurate philosophers of the 20th century, adequately smashing and reconstructing in the Ubermensch the ‘Ideal’ of the self created being, tragic but totemic. But if I were to say there were a flaw in this totemic statue of something new, a figure emerging from the shallow weeping  of a dying God, which is not known and evades easy detection, I would say it is the very mercurial description of what this Ubermensch would entail practically in man, for which one forgive Nietzsche. What other philosopher has set himself such a task!

Most certainly an impossible task, but a task for which yet more must pick up the baton, in this the – certainly the most complex, multi-layered and confusing of eras to live. How much of this is mere projection I leave to you. But the failure of the Ubermensch ideal is reflected in it’s inherent belief in the subjection of all societal moral values into a self created morality – no morals exist in isolation from the cultures that create them, and no man is without Morales, even in a universe as certainly burdened with meaning as ours, this much I can attest to. By which I mean of course that morals are abstract value systems, but this does not mean they are without ‘Meaning’ as understood via the prism of society, the suppression of the unchained Beast in man is never without purpose entirely.

The flaw of the Ubermensch in my humble eyes is Zarathustra’s tendency to blast the world open, it’s bombast and stern arrogance, whilst stemming from the most sublime arena of the human imagination, also has a tendency to veer into fanaticism when applied to society, and even worse when interpreted by the moronic, as in the 20th century when the ideas of the Superman was co-opted, leading to  a mass misinterpretation to a fatalistic Fascism and self destructive will to power.

Perversely instead of cultivating and refining the individual above the values of the  herd, inversely during the disasters of the 20th Century the herd became the powerful possessor of a weakened will via the false idol of the Man God / dictator. It is the opposite of the ‘truth’ of the ideal, a negation of the superman. He will not come from outside. Such failure, it is a good thing that Nietzsche got to see his ideals co-opted and distorted, mutated in such an ugly fashion.

The Overman will certainly never emerge in any way we can imagine, it must remain by its nature enigmatic, this is the greatest strength of Nietzsche and also his greatest weakness. He created an ideal so perfect in its philosophical elegance that it is the most clarifying of ideals. That is, it must always remain so. A vessel trapped in a metaphysical chamber, separate and winking at the sufferings of men, forever, but pointing us occasionally to sweet moments of transitory bliss.