My year in development 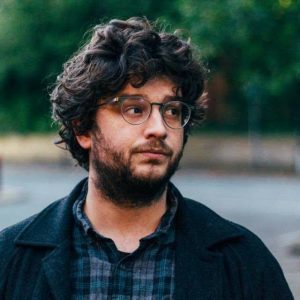 So I figured I should start writing in this blog a bit more, to track my own progress and to help organise my own workflows, as an archive of sorts as well as a space for figuring out exactly why I am doing all this haha especially as so much of the development work I have been doing of late has been pure self directed and experimental projects and applications as opposed to anything commercial led or working for others with specific commercial aims.

I have been for at least the past year focusing on game design and development instead of web development as I once did, although I have still been messing with JS projects and experimental apps with React to keep my hand in it. I have found this both a learning curve and a joy. Self Motivation becomes a big part of being an Indie / Freelance dev as well as sourcing clients if you are going the freelance route, let no one tell you it is easy, it is not. I have found as I more and more became an Indie Game Developer that the freelance jobs do become fewer, but on the flipside you do get more time to work on projects you might genuinely feel passionate about. So it’s a balancing act.

The trick I have not found yet is tying applications and games I make to making money, I have been doing ok on my Itch.io page with about 100+ downloads of my various game projects big and small, but alas this is not translating into sales, and many of my earlier projects I have on there as suggested donations due to them being smaller projects.

This was the big project I wanted to get done this year using the GameGuru engine, and seriously pushing that engine to it’s limits during the dev process. Jinni started off as a conversation between me and Harvey, another Indie dev and artist based in Manchester, and at the time my next door neighbor. We had a few ideas and developed a concept for an RPG game set in a post-apocalyptic world of superstition and technology tracking the games development in a vlog series. It was an interesting experience to build such a large map and also to incorporate all the different scripts and elements to get the game to be an immersive and engaging experience and in a way I think we both underestimated how much work it really is to develop a decent sandbox RPG, still I am happy with the end result being what it is, but I think also on reflection GameGuru as an engine is just not fit for purpose for producing such a game, and it did take a lot of hacking to get many aspects of the games functionality to work, and I also find myself at times battling against the engine to get things to work (though a recent update sees a much improved engine tbf) 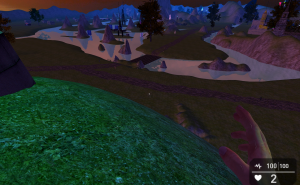 What remains with this game is refining the updates (of which there have been 3 already, additional bug elimination and incorporating a new version which is upcoming shortly using the updated GG engine). It also needs more marketing and it was the first game I wanted to experiment with selling on Itch.io but as of yet it has had no sales despite some interest and views. So it needs pushing more. Been toying with the idea of putting on Steam as well, but want to be confident in it before I consider that seriously. I am still proud of what I managed to do over 8 months or so of work on this project, despite some of its flaws.

NanoMaze was a robot maze game made over 48 hours in Unreal Engine for the last LudumDare GameJam and for me it represented my growing confidence with that engine, it contained three levels of mazes and even some basic AI / Pathfinding blueprints, I was very happy with how I was able to get on with this piece of work and am working on a mobile version which I hope to also put on the PlayStore after some refinement.  A most positive gamejam.

Torn was another LudumDare entry, and was a much more random but useful evolution in my understanding of Unreal Engine, it was a dating sim set in Hell where the player had to engage with 4 potential bizarre suitors. This was fun, but also random project.

This is an interesting app idea I messed with for a few weeks, and I think I will return to it shortly after NanoMaze is converted to mobile and Jinni is updated, it is a mindmapping app where the user can map nodes of thought in 3D, and I am looking to update and create a full working prototype hopefully by the end of the year.

In conclusion I have had a productive year, not without frustration in terms of monetising anything I am doing, but certainly rewarding in terms of creativity and increasing my knowledge so it has not all been doom and gloom, and as I suspected going into more independent indie dev territory , it is not easy, so I have not been surprised by the difficulty of monetising applications and games I have developed. Being aware of weaknesses is the first step I think, to thinking of creative solutions to get stuff out there though, so onwards and upwards. 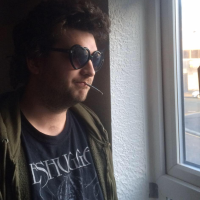