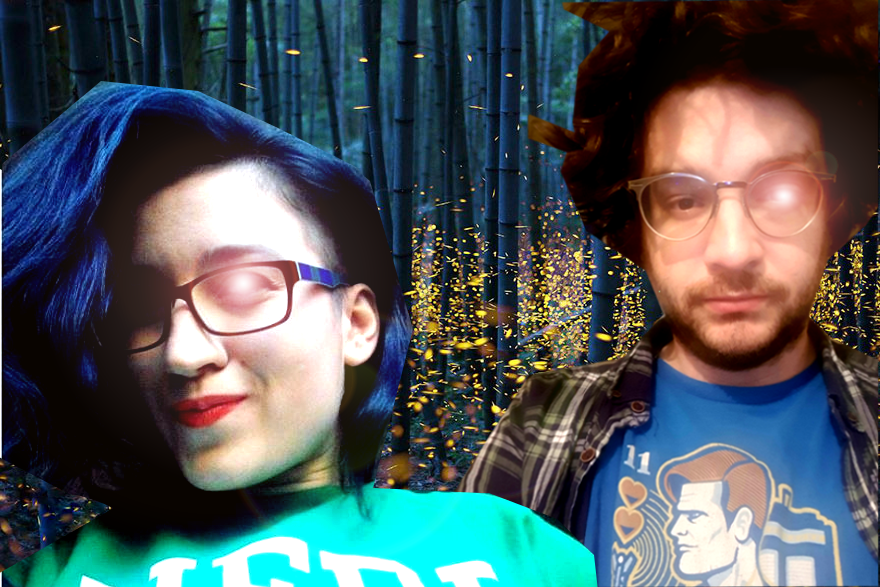 It was a stormy night, and the sky brooded and burned dark blue, Boris leant against the walls of his family castle and grinned, staring into the dark abyss and dreaming of space, as fireflies danced amongst the farms below him. Fireflies don’t usually dance much during the storm and this is how Boris realised he had fallen asleep at his workplace. Again.

“Boris! I need these shoes ready by 5, no sleep until then”–old Mr Gorguel shouted.”Ah, shoemaker, that’s what I am.”–thought Boris when suddenly Mrs Gorguel burst through the door, “What the fuck!” She screamed with fear, as a group of giant mutant fireflies burst through the door, Boris lept to his feet, and performing a suicidal barrel roll out of the shoe shop window, ran as fast as he could to escape the buzzing bastards… as the buzzing got louder, and louder, he prayed his strong shoes would hold out as he ran to the safety of the nearest village.

Unlike Boris’ dream day was sunny and bright. He felt that giant fireflies could have been a part of his dream as well, so he switched to walking. Maybe he needed that dream as an excuse for leaving the old Gorguel family. Boris walked into the village.

“..as a turning point, Jerry!”–he heard somebody talking. Ha, a turning point, that’s what it was. He was glad to be free of the shoe making bastard Mr Goguel, a cruel man and a drunk who had the habit of shouting, swearing and abusing his employees, onwards and upwards he thought entering the village of Montina.. The world was his, perhaps he could become some sort of mercenary, or even a pirate, sailing the seven seas looking for adventure.. Daydreams, he would most likely end up a common butcher, chopping lamb and pork, walking with a pace he approaches the local pub, keen for a brew of fine ale, and pushing past bearded smelly sailors and buxom wenches of the docking villages local pub he approaches the landlord and says Ah, what a night.

If only he could remember what he had said to the landlord!
Not that waking up half naked at a church yard surprised him much, but he would like to know if somebody or something was still after him now.
Boris sat up enjoying cool crisp air and an old graveyard view. Somehow it felt right.

He walked up the churchyards autumnal path and entered the church. Within the church light peered in though dawn lit and a shadowy skinny vampire waif of a figure draped in monk like robes emerged from near the churches alter and spoke in baltic tones – “so how did you enjoy my fireflies then???”

“Piece of cake”–answered Boris sitting down at a small chess table.
He was still for a while, then he tucked his blueish-black hair behind his ear, slowly moved the black bishop and looked up:
–Yes, I enjoyed that. You didn’t have to put me to a shoe shop for 4 years though.
–No shoe shop? What fun would that be?
–Fair enough. But you could have just summoned me with a mirror, Vincent. Why fireflies?
–You know well, Boris, I do not usually summon people, people summon me.

“You sadist” spat Boris with a bitter grin on his face, “we must be like ants to you”, “hmmm” replies Vincent with his usual air of mixed disapproval and feined sympathy, “So dear Boris, why have you summoned me from my eternal rest yadda yadda yadda, what can this undead blamonge do for you?, scare the locals?” “Why am I here? I wasn’teven aware I summoned you, or that you still lingered alive, well dead live, you know what I mean” Boris responds, “The mind is a malleable thing” Vincent sneers under undead teeth, “Pfft, you sick bastard” Boris laughs, “play chess with me, and get me some wine, prefrably the human grade stuff, not another one of your ‘Nun juice special” . Vincent scuttles off like a beetle and Boris thinks